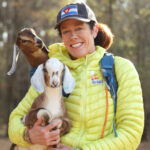 I realize there’s been a great deal of negative press from the 2019 climbing season on Everest. With a record number of permits granted, there also came a high death toll this year.

My climbing partner for my upcoming #EverdayEverest climb summited Mt. Vinson in Antarctica with Don Cash, who unfortunately died a mere four months later on Everest. It’s reported that Cash fell from the Hilary Step not long after summiting Everest. I’m told Cash was over 19 hours into what should be a 15 hour round-trip summit.

Some powerful excerpts from that story include:

"It was the seventh summit,'' Cash's daughter Danielle Cook said. "It was the big finishing aspect of his dreams."

His daughter, Brandalin, told Salt Lake City’s NBC affiliate that “he taught us that nothing was impossible” and added that his body will remain on the mountain.

"I think there's just so much peace that comes from knowing that he didn't suffer,'' Brandalin said while fighting back tears. "That it was the best way to go."

After reading about all the deaths on Everest this year, and especially after reading that article, I had to share some thoughts with you all. I hope and pray I get up and down that mountain with no problems. Yet if something does go wrong, it will have gone wrong with me living big. Living my truth. Living my dreams. Just like all those climbers. Any of us could die any time from cancer or a car crash or a freak accident. I’m not going to let the fear of what could happen stop me from doing something I love.

Join the discussion and tell us your opinion.